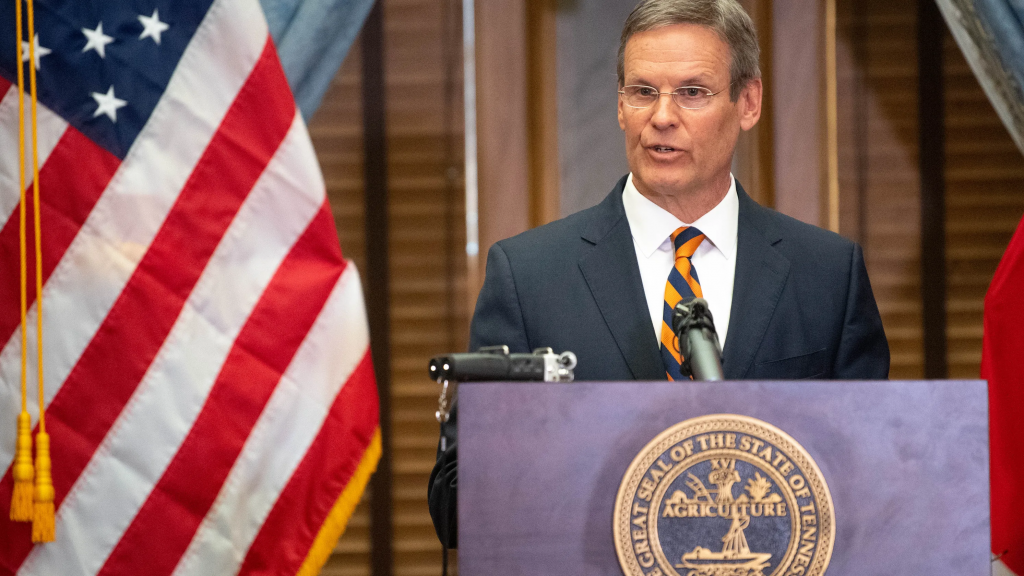 Nashville, Tenn. – Today, Gov. Bill Lee issued the first steps from the “Tennessee Pledge,” the state’s rollout of guidance and best practices for Tennessee businesses in 89 of the state’s 95 counties to keep employees and customers safe during the ongoing COVID-19 pandemic. The first industries to receive guidance through the plan include the restaurant and retail industries.

“Tennesseans pulled together to flatten the curve, and it is time for people to begin to get back to work and back to their businesses,” Lee said. “We are pursuing a careful, measured approach to reopening our economy that does not depend on heavy-handed mandates but instead provides practical tools for businesses of all sizes.”

Tenessee has seen the average daily growth rate remain stable for 14 days, in addition to a steady downward trajectory in positive tests as a percentage of total tests since April 1. The state has also had a massive ramp-up in testing, included open testing available to all Tennesseans across 33 sites over last weekend, 18 this weekend, and more the next.

On the economic front, 15 percent of Tennessee’s workforce filed unemployment claims as of this week – more than 400,000 people. State officials predict a $5 billion loss in the state’s gross domestic product during 2020.

Lee said today’s announcement is the first step in a phased reopening of the state’s economy, which entails rebooting industries as they are safe to pursue in 89 of the state’s 95 counties. The state is working with Shelby, Madison, Davidson, Hamilton, Knox, and Sullivan on plans to reopen businesses in those counties. Lee added that many Tennesseans are facing not just potential sickness but crippling financial hardship, particularly in the service industries.

Lee announced Tennessee restaurants are able to reopen Monday at 50 percent occupancy. Additionally, Tennessee retailers are able to reopen on Wednesday at 50 percent occupancy. The state recommends that employees in both industries wear cloth face coverings and that business owners follow federal guidelines for hygiene and workplace sanitation standards related to the pandemic. The full guidance offered by the state for both sectors can be found here.

“Like the rest of the country, Tennessee has taken an unprecedented economic hit with families and small businesses feeling the most pain,” Lee said. “We must stay vigilant as a state, continue to practice social distancing, and engage in best practices at our businesses so that we can stay open.”

Ezell said the state’s guidelines for restaurants and retail stores were developed in cooperation with business leaders in both sectors, mayors from across the state, and members of the legislature and health experts, as well as Unified Command which includes the Tennessee Department of Health. He added the reopening of future sectors would be accomplished with similar input from industry leaders and elected officials.

“We need Tennessee businesses, workers, and consumers to step up and pledge to follow these guidelines,” Ezell said. “It is critically important that we maintain our commitment to social distancing and adhere to these new guidelines so that we can continue to reopen our economy.”